Your cart is currently empty.

Coloured gemstones are firing up the jewellery industry. ARABELLA RODEN explores the rainbow of opportunities presented by this increasingly popular category.

With the diamond category facing tumultuous times, some in the jewellery industry are looking to coloured gemstones where product can provide better margins, reduced competition, creative design and, crucially, enthusiastic consumers at every price point.

Terry Coldham, patron of the Gemmological Association of Australia, believes coloured gemstones are “more popular than ever”.

“There is more material available in an ever-increasing variety of types, qualities and cuts,” he says. “Retailers are increasing sales and meeting those demands for something special by stocking an interesting range of coloured gemstones.”

The most recent edition of the Knight Frank Luxury Investments Index, compiled by the London-based consultancy, found that coloured gemstones had significantly outperformed the rest of the jewellery industry over the past 10 years.

“A decade ago, diamonds were widely perceived by consumers to be the most prestigious of gems. Today, the swing toward precious coloured gemstones is overwhelming,” Sean Gilbertson, CEO Gemfields, says. “The last decade has seen the world record prices for an emerald and a ruby surpass that of a colourless diamond on a per carat basis.”

He adds, “People often forget that the well-known laws of supply and demand apply to ‘efficient markets’ – a term that cannot yet be used for the coloured gemstone sector. Gemfields’ Kagem emerald mine in Zambia is a case in point: over the last decade its gemstone production has tripled, while the prices received have increased more than six-fold.”

McCreesh notes that the trend is currently for teal and pink sapphire and tourmaline, morganite, and yellow gemstones. “The demand for custom-designed jewellery requiring larger coloured stones is also at an all-time high,” he adds. 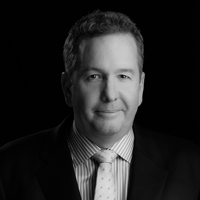 “We are seeing a global trend of vibrancy and colour, using semi-precious and precious stones, with a combination of metals – anything goes,” agrees Helen Thompson-Carter, director Fabuleux Vous. As a result, the New Zealand-based supplier’s latest collection, Maria, features sapphire, ruby, citrine, peridot, tourmaline and apatite combined with baroque and freshwater pearls.

“The reason coloured stones are very much in fashion with retailers at the moment is that it is next to impossible to draw comparisons with stones offered by competitors,” he explains, adding that retailers are looking to coloured gems to supplement shrinking diamond margins.

Moving into the coloured gemstones category has paid off for Ikecho Australia, which added an opal collection to its pearl-focused jewellery line in early 2018.

“It started a bit slow in the beginning but once we got feedback from our customers and incorporated that feedback for future designs, the response has been great and customers want more,” founder Erica Miller says.

Unlike diamonds, coloured gemstones cannot be easily valued by a Rapaport-style price list. Instead, diverse factors determine their value such as colour and intensity, size, country of origin and rarity.

“Jewellers keenly understand that diamonds are their bread and butter, however coloured stones not only make displays more visually exciting but also offer higher margins,” McCreesh explains. “Stocking a good range of coloured stones is always going to provide a stimulating point of difference for a business.”

Damien Cody, co-director of Cody Opal and vice-president of the International Coloured Gemstone Association (ICA), adds, “Unlike diamonds, coloured gemstones have not been commoditised. Retailers can provide an almost infinite gem colour palette and a bespoke jewellery purchasing experience, all of which translates to much better margins.”

Smaller rough stones have become a significant niche for some manufacturing jewellers as they create a unique finished effect.

Charles Lawson, director of Lawson Gems in Brisbane, says there is a “steady flow of customers seeking out small rough gems, usually in sapphire or ruby, for use as rough in jewellery – often more specifically for ‘casting in place’.” He adds that the market demand for ‘smalls’ that would otherwise be considered excess is a positive outcome.

That’s the case at Fabuleux Vous, with Thompson-Carter telling Jeweller, “One of the greatest appeals of coloured gemstones is the ability to create something unique, to be bold, without having to use larger stones. I love the way gemstones come in so many different shapes, sizes and cuts, and they are affordable.”

Indeed, in an increasingly polarised market, coloured gemstones off er retail jewellers the opportunity to sell at both ends of the market. The combination of stagnant wage growth and internet price-matching has driven some consumers to seek out cheaper jewellery. In general, these customers are less concerned with quality but are still seeking aesthetically-pleasing and interesting pieces.

To satisfy this market, more abundant natural gems like quartz, agate, onyx and turquoise are an attractive option for jewellers.

Doron Berger, director Blue Turtles, tells Jeweller, “Semi-precious gems are a huge category that knows no bounds. There are a large variety of gems that are always in high demand, regardless of fashion or seasonal trends: rainbow moonstone, amethyst, moldavite and Herkimer diamond [a type of double-terminated quartz], for example.

“There are myriad gems that aren’t diamonds, emeralds, sapphires or rubies but their beauty is astounding,” he adds.

Creatively, coloured gemstones offer great potential for manufacturing jewellers to show their skills; rainbow rings, gradient designs, clusters and pendants have all become fashionable in recent years. These gems also have a compelling emotional connection. “For many people, the process of purchasing a fi ne coloured gemstone is filled with a sense of discovery – one that is truly thrilling,” McCreesh explains.

Gemfields gemmologist Elena Basaglia agrees, saying, “No other gems quite channel the mystery and magic of centuries of kings, maharajas, pashas, queens and tsars in the same way as ‘the big three’.”

However, she hastens to add, “Perhaps the biggest misconception is that rubies, emeralds and sapphires have to be expensive gemstones. There are countless shades and colour variations, meaning there are myriad options for each of us. The trade traditionally values certain colours of ruby, sapphire, or emerald, yet the phrase ‘beauty is in the eye of the beholder’ is never more applicable than when selecting coloured gemstones.” 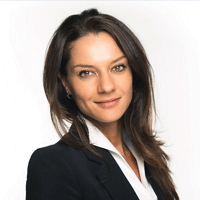 “Perhaps the biggest misconception is that rubies, emeralds and sapphires have to be expensive gemstones… There are myriad options for each of us”
ELENA BASAGLIA, GEMFIELDS

Coldham notes that “beauty, rarity and durability” are often attributed as the main purchasing drivers of coloured gemstones; however, he believes the consumer’s “perception of the story behind the stone and what it means to them personally” is far more important.

“Some will choose a garnet because it is their birthstone, some an amethyst because it reminds them of a favourite grandma, some wanted to possess a large, heart-shaped blue stone after seeing the movie Titanic,” Coldham explains. “The wonderful thing about coloured gems is each usually symbolises something important to the wearer.”

For Samantha Kelly of Adelaide’s Samantha Kelly Jewellery there’s another unique quality. “Besides the price diff erence, individuality seems to be key; people want something that no-one else has,” she says.

“There is a trend toward larger stones that make a statement – boulder opals admirably fi t that bill and do not carry exorbitant price tags. The statement made by wearing a big opal is one of character, not a demonstration of worth. Boulder opals are for trendsetters, not followers,” she says.

With Millennials now aged between 23 and 38, they make up the largest segment of current and future engagement-ring customers. Notably, coloured gemstones are popular in this category. “Not every engagement ring stone must be a diamond,” McCreesh says. “Having a coloured gemstone alternative at hand is very important.”

At Melbourne’s Temelli Jewellery, aquamarine, morganite and tanzanite have had “significant increases in popularity”, according to marketing manager James Temelli.

“We’ve been commissioned to create a lot of custom rings and engagement rings using these gemstones. As of late, we have also noticed clients interested in emerald-cut coloured gemstones, whether it be ruby, aquamarine or sapphire.”

Temelli adds that coloured gemstones increase a jewellers’ ability to cater to different clientele, who aren’t interested in a diamond ring.

The movement toward ethical consumption has been gaining traction across all retail sectors, and many in the jewellery industry are already taking steps toward responsible practices. “More of today’s jewellery consumers are asking whether the gemstone and precious metal they are buying has been ethically sourced,” Cody explains. “The ICA has been working very closely with CIBJO, AGTA [American Gem Trade Association] and the OECD over a number of years to better understand the supply chains for the various coloured gems.”

Many developing nations mine coloured gemstones, including Zambia, Mozambique, Myanmar, Colombia and Madagascar. Other gemstone-producing areas have experienced unrest in recent times, as in Sri Lanka, Mexico and Brazil.

Cody says the “vast majority” of coloured gemstones are supplied by artisanal and small enterprises, and the ICA is committed to developing procedures to help them become more responsible and sustainable. The organisation has endorsed the new CIBJO Responsible Sourcing Guidelines and “is encouraging all players in the supply chain to be more aware of the potential issues” he says, adding, “ICA members already agree to adhere to a strict code of ethics.”

At O’Neils Affiliated, responsible sourcing is taken seriously. “For us as a company, whilst price is important, it does not outweigh our priority to source gemstones as ethically as possible,” McCreesh says. “I personally endeavour to do business with people we know to have high professional and ethical standards.”

He adds that O’Neils Affiliated has been able to build strong links in its 70-year history with reputable miners and cutters to ensure high standards are met. 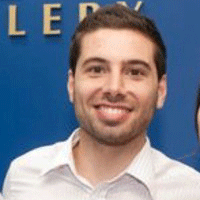 “We align with gemstone suppliers who have the same ethical sourcing procedures we do. As well as lab-certified coloured gems, we also assess the origin”
JAMES TEMELLI, TEMELLI JEWELLERY

Meanwhile, Lawson acknowledges the complexity of responsible sourcing, telling Jeweller that “there is no simple way to source an ethical gemstone”. He points to the difficulty of exporting gems legally out of developing nations and forming sustainable business relationships in unstable countries.

“The term is now a buzz phrase often used by unethical gem and jewellery traders to sell goods – how do you trust those claims?” he asks, adding that one advantage of opal and sapphire is that they can be sourced locally in Australia.

Stadler confirms that buyers of boulder opal frequently express the desire for ethically-mined and produced gemstones. Indeed, Ikecho’s Miller sources boulder opal from her own father’s mines in Lightning Ridge and Queensland. “He has the largest range of opals in Australia so I have a lot of variety to choose from,” she explains.

On an international level, Palos points out that there is no equivalent to the diamond industry’s Kimberley Process in the coloured gemstone market. As a result, the responsibility falls to suppliers. “I firmly believe most wholesalers in Australia, or indeed around the world, do their utmost to guarantee their product is ethically sourced,” he says.

Ensuring complete trust and transparency with suppliers is key for Kelly. “It can be difficult, but I have built up relationships with my suppliers so I trust they will disclose further information if required. It’s extremely rare that I will purchase any gemstones from new suppliers,” she explains.

Temelli Jewellery takes a similar approach. “We align with gemstone suppliers who have the same ethical sourcing procedure as we do,” Temelli says. “As well as lab-certified coloured gems, we also assess the origin and, if possible, the mine of origin when sourcing specific gems so that we can understand how the gemstones are mined, cut and polished.”

As with many aspects of the jewellery industry, trust is crucial when it comes to coloured gemstones. Equally critical are creative flair, an ability to capitalise on the emotional connection to colour and an understanding of consumers who desire a true point of difference.